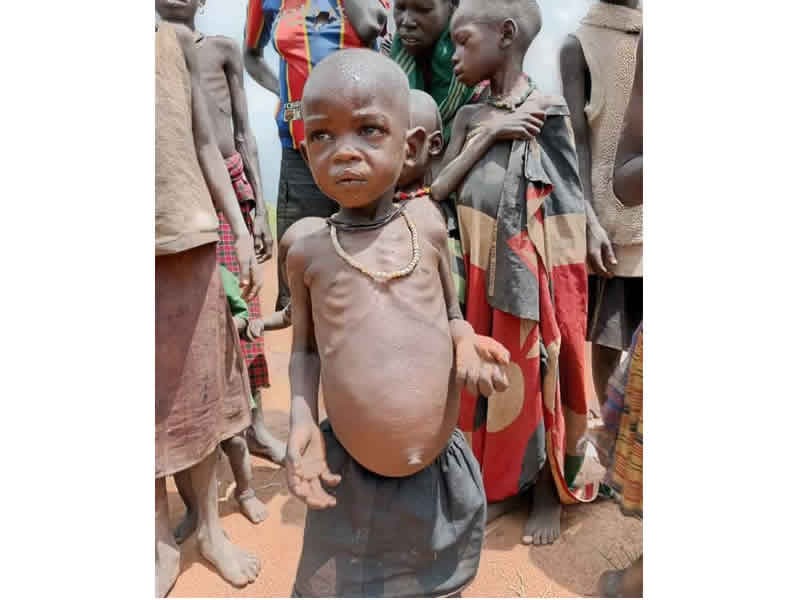 SAVE LIVES OF KARAMAJONGS DYING OF HUNGER

A GODLY MISSION TO SAVE LIVES OF KARAMAJONGS DYING OF HUNGER IN UGANDA.

Over 1000 people have died of hunger in the past couple of Weeks and hundreds of thousands are on the verge of the grave including mothers, fathers and innocent children.

A spokesman for the Prime Minister's office, Julius Mucunguzi, said he had received reports of hunger-related deaths but was unable to give an exact toll. Some local leaders say that the death-toll is even beyond 2,200, expected to increase exponentially if we don’t join hands together to create interventions.
The Karamoja region consists of seven districts in northeastern Uganda (Kaabong, Kotido, Abim, Moroto, Napak, Amudat and Nakapiripirit). Karamoja is classified as one of the world’s poorest areas, with high rates of malnutrition and a disproportionate number (61 percent) of its 1.2 million people, living in absolute poverty. Hunger, stunting and lack of access to food are prevalent. The United Nations World Food Programme (WFP) last month said at least 518,000 people, or 40% of the region's population, were facing high levels of food insecurity. Food insecurity is a major and ongoing challenge and a heavy reliance on the natural resources base renders livelihoods sensitive to climate dynamics.

The elderly, lactating mothers and children as young as 3 years are starving to death because they do not have food. Many residents are now eating grass like animals to survive due to the ongoing drought due to lack of rain since the start of this year which led to the drying of all food crops. Humans and their animals have no water and food. Climate change is real.

Our goal/objective for this fundraising;
• To raise 18,000,000 million (5000)
•To feed 1500 people and more.
In these hard times we do believe that it not easy or be in position to donate money but we will be glad for your in kind donation has follows;
Cooking oil
Sugar
Porridge
Salt
Soap
Clothes
Rice
Transport
Pads
All above will procured towards successfully donation in Karamoja community.
We are relying on the generosity of brave people like you and we are inviting you to support us to raise USD.5, 000 (18,000,000UGX) to improve food security for over 1500 people who are food insecure in Karamoja. We need to achieve this goal before September 20th 2022.

This Godly trip is a calling I received from God to do something about the situation in Karamoja. I invite you God loving people to join me on this trip both physically, financially and spiritually.
HOW TO DONATE
Donations can be made through Dolphin fund, a crowdfunding platform https://dolphinfund.org/campaign/467.
You can also deposit your donations through mobile money and international transfers numbers; 0778288195 (MTN) & 0758388195 (Airtel) in the name of Naluyima Shamim.
Why we decided to use DOLPHINFUND platform, its first and secure Ugandan Platform which have come forward to support communities to link them with their supporters across the world. The methods of payment are safe and secure with fultterwave Airtel money and MTN mobile money.
NB: Supporting us reaching our goal, will give another life a new beginning. You can donate as many times as you can with both your mobile wallet or even debit visa card For inquires kindly reach out to Shamim Naluyima +256778288195 on whatsApp or email nshamim855@gmail.com with subject “inquiry” 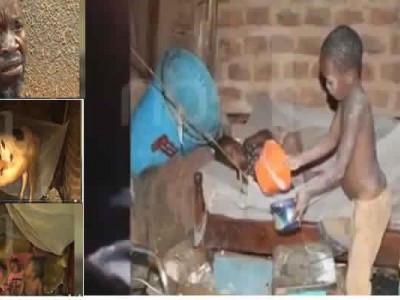 Walugembe is a single dad of 5 children living in one of Kampala suburbs. He liv...

by Lutimba Benjamin Mutebi No deadline 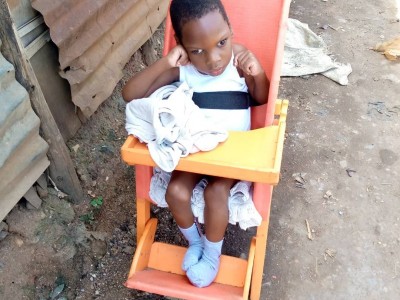 Like many others, Venna Amiro was hit hard by the Covid19 Lockdown, aggravated b...

by Atuhurira Cindy No deadline 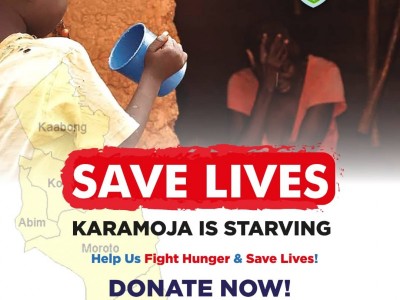 Dear Scout/Friend of Scouting, There’s hunger and famine in Karamoja. So...

by Njumba Murungi Raphael No deadline